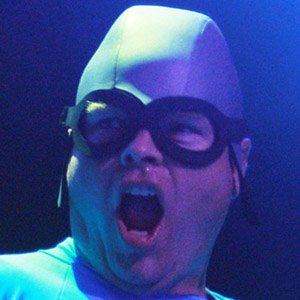 Known by the stage name of Crash McLarson, this Southern California bassist, trombonist, and songwriter co-founded the rock band The Aquabats and recorded eight albums with the group between 1996 and 2011.

Before founding The Aquabats, he played bass for an early 1990s punk band called B.H.R. He also worked for many years as an electrician.

He and his bandmates became the stars of the half live-action, half animated television series The Aquabats! Super Show!

He and his wife settled in Huntington Beach, California, and raised their four children in the Mormon faith.

Chad Larson Is A Member Of