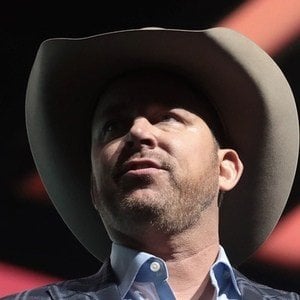 Stand up comedian and actor who is best known for touring throughout America and delivering a blend of philosophical, motivational, and observational comedy. He has made several television appearances as well including on CNN, A&E, The Blaze, and MSN.

He first began appearing in commercials at the age of 2 and made his acting debut at the age of 6. He started by sharing short videos of his comedy from inside his truck which led to several nation wide tours.

He is also known for his hosting work and is the presenter on Ride TV's "It's My Backyard" as well as the show "Chad Prather's Comedy Shootout".

He was born and raised in Augusta, Georgia but later settled in Fort Worth, Texas.

He shared a photo with singer Pat Boone to his Instagram in December of 2018.

Chad Prather Is A Member Of