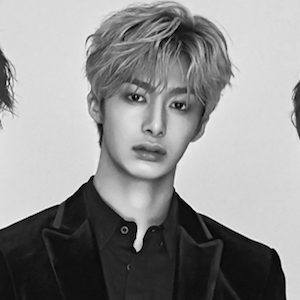 Singer, dancer and model with the boy group Monsta X who are responsible for EPs titled Trespass and Rush. He also competed in K-pop Star 4 and has been featured on the shows Weekly Idol, Simply Kpop, and After School Club. In 2017, he launched his DJing career as DJ H.ONE.

He and Monsta X came together after being selected together as part of the survival series No.Mercy in 2014.

Prior to singing, he was an established model where he participated in numerous fashion shows.

His full name is Chae Hyung-won. His parents worked at a travel agency.

He is joined in Monsta X by Wonho.

Hyungwon Is A Member Of