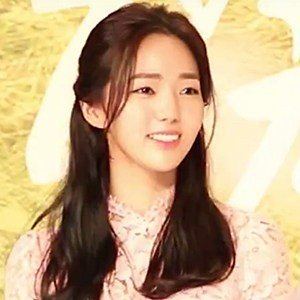 South Korean television actress who received an Excellence Award nomination at the 30th KBS Drama Awards for her role in 2016's Love in the Moonlight. She was also a main cast member of the television series Cheer Up!

She attended Konkuk University in Seoul, South Korea and made her big screen debut in the 2014 film My Dictator.

She appeared in a lead role in the 2017 television series Rebel: Thief Who Stole the People.

Both she and fellow actor Yoon Kyun-sang were both cast in lead roles in the 2017 series Rebel: Thief Who Stole the People.

Chae Soo-bin Is A Member Of