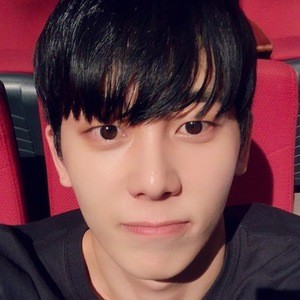 Sub-vocalist for the K-pop group MYNAME that was created by Fly to the Sky's Hwanhee under H2 Media. They debuted with a single called "Message."

He and the four other members of MYNAME were introduced in July of 2011. They were almost called Hwanhee Boys.

He was featured in a 2013 movie called Shinokubo Story. He has earned more than 120,000 followers for his chaejin95 Instagram account.

His birth name is Chae Jin-Suk.

He and Jo Hyun Ah appeared on the show The Unit together.

Chaejin Is A Member Of