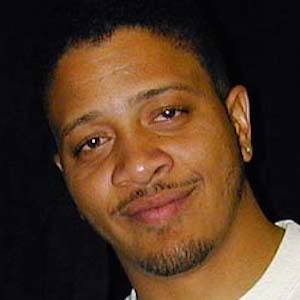 Rapper widely known for his membership in the groups Jurassic 5 and Ozomatli. He released his solo album Fish Outta Water in 2009. He is also known for his popular YouTube channel 2NATV.

His first major music venture was Jurassic 5 formed in 1993. Their first album wasn't released until 1998, along with Ozomatli's first album.

He appeared in the Drew Barrymore film Never Been Kissed performing in a scene with Ozomatli.

Born in Chicago, Illinois, he was raised by his grandmother in Los Angeles, California. His birth name is Charles Stewart.

He guest starred in Epic Rap Battles of History in 2014 as Neil DeGrasse Tyson.

Chali 2na Is A Member Of