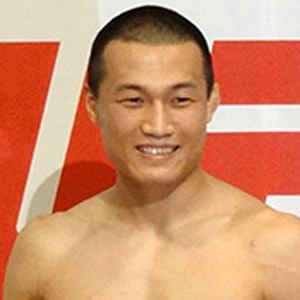 UFC featherweight fighter known by his nickname, The Korean Zombie; earned the 2012 Submission of the Year honors after defeating Dustin Poirier with a D'arce choke.

He began fighting when his aunt took him to a gym because she was tired of him getting beat up for his slight frame.

In 2013 he was ranked as the ninth best featherweight in the world by MMA website Sherdog.

He was born in Pohang, South Korea.

The first MMA knockout he ever received was at the hands of George Roop.

Chan Sung Jung Is A Member Of