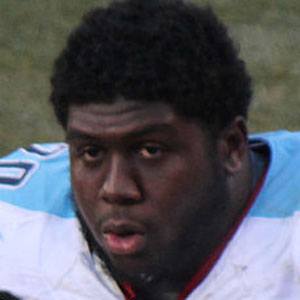 All-American offensive guard at the University of Alabama was the 10th overall selection for the Titans in 2013. He started all 16 games for the team his rookie season.

He was ranked a top-20 offensive guard after earning all-state honors at Atlanta's Westlake High School.

He was a two-time All-SEC selection while helping Alabama win three BCS National Championships during his college career.

He has a younger brother named Dallas who has also played as an offensive lineman.

He was teammates with Cam Newton in high school and the two would later become SEC rivals.

Chance Warmack Is A Member Of