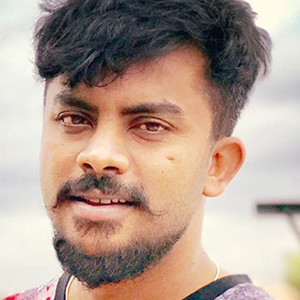 Film score composer and singer who has become renowned for his contributions to Kannada films like Aryan (2014), Jaguar (2016) and Seizer (2018). He was named the winner of the fifth season of the reality show Bigg Boss Kannada in 2018.

He went to school at Rotary School in Sakleshpur, India.

He has served as a judge on the dancing competition show Master Dancer.

His father was a businessman and his mother was a housewife. He has a brother named Puneeth.

He composed music for the film Mungaru Male 2 (2016), starring Ganesh.

Chandan Shetty Is A Member Of