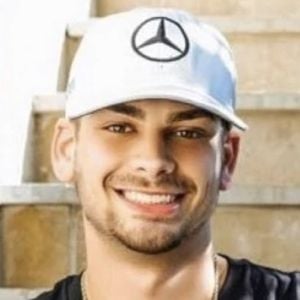 YouTube star who is a frequent collaborator on the channel MrBeast. Their comedic challenges, pranks, and donation videos have amassed them 97 million subscribers.

Their first YouTube video was uploaded on February 10, 2012, and was titled "Worst Minecraft Saw Trap Ever?"

In 2018 he began playing baseball for the Chowan University Hawks.

He has brothers named Jordan, Mike, and Zach and sisters named Hannah and Cassidy. His dad's name is Todd and his mom's name is Tricia. He and Cara Davis got engaged in July of 2021.

Jimmy Donaldson, aka Mr Beast, is the main creator behind their YouTube channel.

Chandler Hallow Is A Member Of