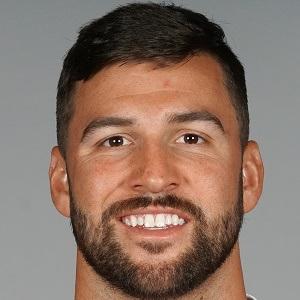 Practice Squad and back-up NFL quarterback who earned the lackluster honor of Mr. Irrelevant as the last pick of the 2012 NFL draft by the Indianapolis Colts.

He led Norwell High School to runner-up status in the Indiana State Championship while starting as quarterback and safety.

He became the 10th player in NCAA history to record 200 pass yards and 200 rush yards in a single game against Western Michigan on October 15, 2011.

He had a high school business selling sweet corn with his brothers in Ossian, Indiana.

He re-signed with the Indianapolis Colts in 2014, earning him a spot behind started Andrew Luck .

Chandler Harnish Is A Member Of