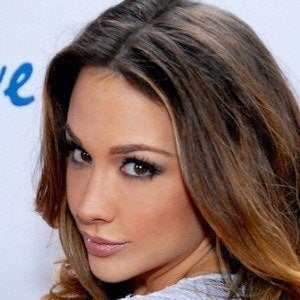 March 2012 Penthouse Pet of the month who established herself in the adult film community. She created a sex education web series called Naked with Chanel.

She entered the industry when she was 24 years old after working at a gentlemen's club for over a year. She also earned a license as a esthetician.

She was a trophy girl at the 2011 AVN Awards and was nominated for 4 awards that year. She appeared in Russ Irwin's music video "Get Me Home" and Waka Flocka Flame's "Bust."

She was born and raised in Alaska before moving to Hawaii at 19 years of age.

She and Samantha Saint co-hosted the 31st AVN Awards in 2014.

Chanel Preston Is A Member Of