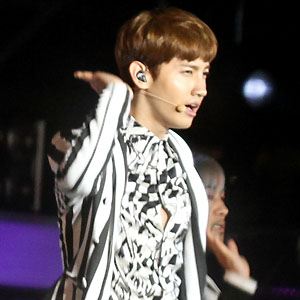 South Korean singer best known as a member of boy band TVXQ. Also an actor, he won a Hochi Award for his role in the Japanese drama Fly With the Gold.

He was spotted by an SM scout, who gave him a card and invited him to come to an audition; he didn't want to go, but his mother wanted to see BoA and made him attend.

In addition to winning the Japanese version of the Academy Award, he became the co-host of a KBS variety show in 2013.

He was born to two teachers and was raised alongside his two younger sisters.

Kim Jaejoong was his bandmate on TVXQ.

Changmin Is A Member Of