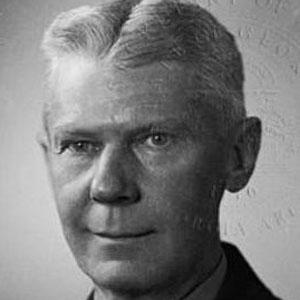 U.S. Army commander who served during World War II, the Vietnam War, and the Korean War.

He graduated from the United States Military Academy in 1931 and went on to study as a Rhodes Scholar at Oxford.

He received both the Distinguished Service Medal and the Legion of Merit.

He grew up in New York City as the son of Major General Charles Hartwell Bonesteel, Jr.

He was born in the same year as fellow Korean War hero Hugh Harris.

Charles H. Bonesteel lll Is A Member Of