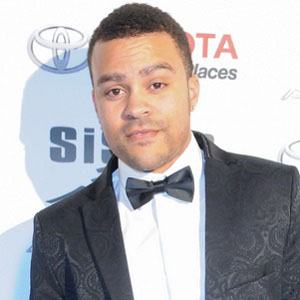 Actor and hip hop artist originally known for his roles on Grey's Anatomy and the 2003 film Thirteen. He later decided to pursue his music career more singularly under the stage name JusCharlie.

His first television role was playing Glenn in an episode of the cult series Buffy the Vampire Slayer in 2001.

In 2009, he did voice acting in an episode of The Spectacular Spider-Man.

He is a New York native but later moved to Los Angeles, California while pursuing his acting and music careers.

Charles Duckworth Is A Member Of