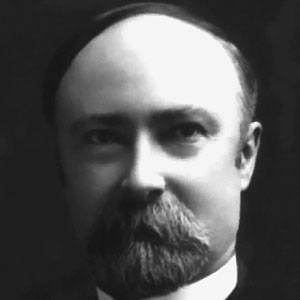 Republican politician who was a Senator from Indiana from 1897 to 1905. He was also the 26th Vice President of the United States from 1905 to 1909 under President Theodore Roosevelt.

He was born in a log cabin in rural Ohio and later worked an agent of the Associated Press in Pittsburgh, Pennsylvania, reporting on political rallies for Horace Greeley during the 1872 presidential election.

One of Alaska's largest towns is named after him.

His family used their home to shelter runaway slaves.

He supported the presidential candidacy of William Howard Taft after he lost the bid for the Republican nomination.

Charles W. Fairbanks Is A Member Of