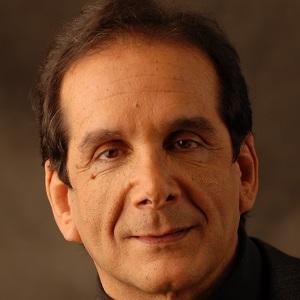 Political commentator who was awarded the Pulitzer Prize in 1987 while writing for The Washington Post.

He worked as a speech writer for Vice President Walter Mondale.

He was a weekly panelist on the PBS show Inside Washington.

His 1974 marriage to Robyn Krauthammer produced one son named Daniel.

He appeared on Fox News' Special Report with Bret Baier.

Charles Krauthammer Is A Member Of