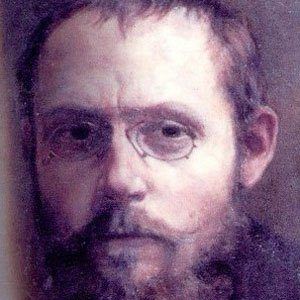 French socialist poet, editor, playwright, and essayist known for Jeanne d'Arc, Eve, De la Raison, and other works. His complete poetic works were published (posthumously) in 1941; his prose works were compiled between 1987 and 1992.

His father died when he was a baby, and Peguy and his mother lived in poverty until the poet earned a scholarship to study at the Ecole Normale Superieure.

He died from a gunshot wound to the head during a World War I battle.

He married Charlotte-Francoise Baudoin in 1897, and the couple subsequently raised four children. Later, he fell in love with Blanche Raphael, a close friend; however, he never strayed from his wife.

His popular poem, "Portico of the Mystery of the Second Virtue", was much loved by French military leader Charles de Gaulle.

Charles Peguy Is A Member Of