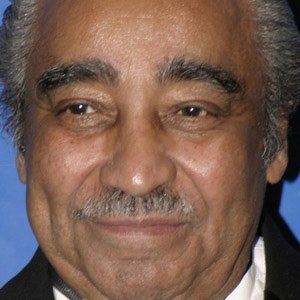 Politician and Democrat who has spent over four decades in the New York House of Representatives and is known for his candor and genial character. In 2007 he became the first African-American Chair of the powerful House Ways and Means Committee.

He earned a Bronze Star in the Korean War while serving in the U.S. Army.

He was the first member of Congress to declare support for the Occupy Wall Street movement and made several visits to their nearby demonstration site in Zuccotti Park.

He got married to Alma Rangel.

He, like Rudolph Giuliani, was a politician from New York.

Charles B. Rangel Is A Member Of