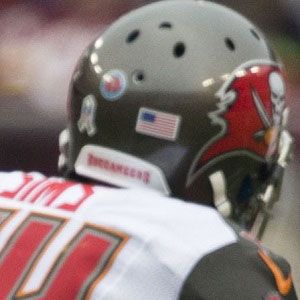 Running back who was selected 69th overall in the 2014 NFL Draft by the Tampa Bay Buccaneers. He spent 3 years at the University of Houston before transferring to West Virginia for his senior season where he received Big 12 Offensive Newcomer of the Year honors and was a First-Team All-Big 12 selection.

He was a three-star recruit coming out of Westbury High School in Houston Texas and Rivals.com ranked him only the 74th best running back prospect in his class.

At the University of Houston, he garnered Conference USA Freshman of the Year and First and Second-team All-Conference-USA honors.

Charles Sims Is A Member Of