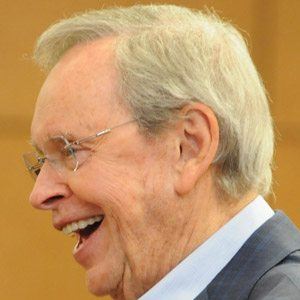 Evangelical pastor of the First Baptist Church who also founded In Touch Ministries in 1982.

He became a born-again Christian at age 12 and eventually earned his Masters of Divinity from the Southwestern Baptist Theological Seminary.

He hosted the radio show 'In Touch with Charles Stanley', which has been broadcast in over 500 radio stations and in over 100 languages.

He divorced his wife Anna in 2000, which caused controversy within his church.

He is an evangelical pastor not unlike "The Purpose-Driven Life" author Rick Warren.

Charles Stanley Is A Member Of