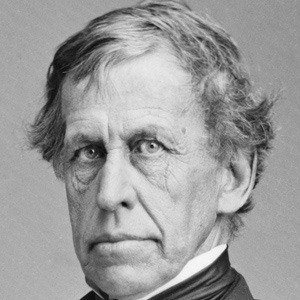 Naval officer who explored the part of Antarctic that is now named after him.

He set out to explore the icy waters because the usual whaling spots around South America were drying up.

His voyage brought a wealth of discoveries and observations back to the U.S.

His aunt who raised him was Elizabeth Ann Seton, the first American woman canonized a saint by the Catholic church.

He was part of the Colombian Institute for the Promotion of Arts and Sciences, which counted Andrew Jackson among its members.

Charles Wilkes Is A Member Of