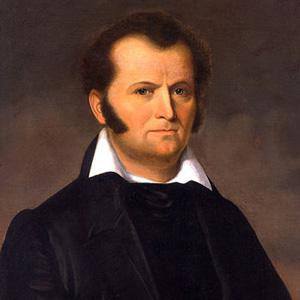 Early American folk hero who fought skillfully with knives and helped Texas to gain its independence.

He enlisted in the Louisiana militia after the start of the War of 1812 against the British.

The Bowie knife is named in his honor.

He married the daughter of the Mexican vice governor, Ursula Veramendi.

He helped to defend the Alamo alongside fellow folk hero, Davy Crockett.

Jim Bowie Is A Member Of