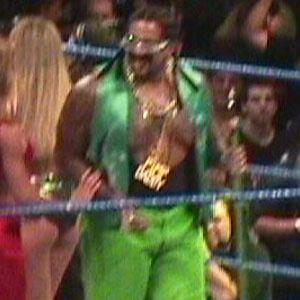 Former professional wrestler, who was known by the ring names, The Godfather, Papa Shango, and The Goodfather.

He won the United States Wrestling Association Heavyweight Championship after his first year of wrestling.

He often had feuds with fellow WWE wrestler Dustin Rhodes.

Charles Wright Is A Member Of