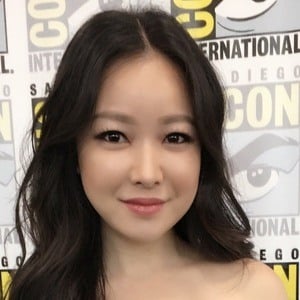 She earned a BA in communications and a minor in Asian studies at the University of California, San Diego. She originally intended to become a broadcast anchor.

She made her feature film debut as Taki in the 2008 film Broken Angel.

Born Chihye Takahashi Chung, she is of Japanese and Korean descent and is fluent in both languages. She and artist Tomyoo welcomed a son named Guy on May 19, 2019.

Both she and Crispin Freeman contributed their voice acting talents to Overwatch.

Charlet Chung Is A Member Of