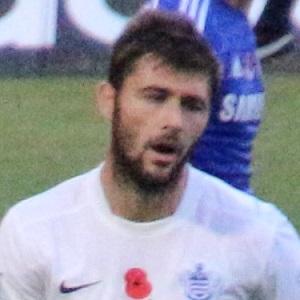 English striker who began his professional career in 2006 with the Kintbury Rangers. He joined the Queens Park Rangers in 2013 after spending two seasons with Burnley. In 2016, he joined Southampton up until 2019 when he signed with West Bromwich Albion.

He married Bianca Parker in 2015.  The couple had a daughter via surrogate.

He joined Oguchi Onyewu on the Queens Park Rangers in 2013.

Charlie Austin Is A Member Of