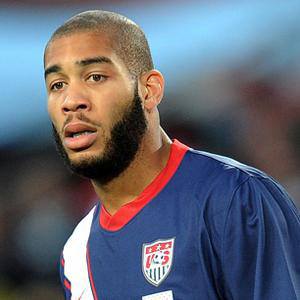 American centre back who was named Best Foreign Player in the Belgian First Division with Standard Liege in 2005. He became a member of the US national team in 2004.

He was an NSCAA Second Team All-American with the Clemson Tigers in 2001.

He was named the US Soccer Athlete of the Year in 2006.

He was raised with four siblings: Uche, Nonye, Chi-Chi and Ogechi.

He was named US Soccer Athlete of the Year one year after Kasey Keller won the same honor in 2005.

Oguchi Onyewu Is A Member Of