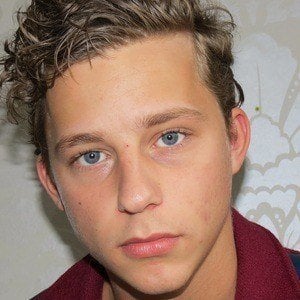 Swedish actor who has appeared in Vikingshill and Double Life. He played the role of Ragnar Dahlén in the TV show Rederiet.

One of his earliest roles was as Ronny in the 2001 TV series Mirakelpojken.

He acted alongside Madeleine Martin in the TV show Gabriel Klint.

Charlie Gustafsson Is A Member Of