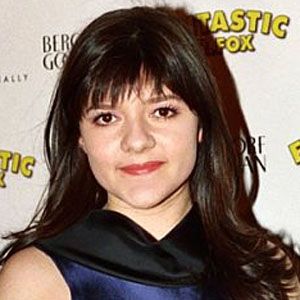 Known for her television role as Becca Moody on Showtime's Californication, she also performed as a child in the Broadway tours of Les Miserables and The Sound of Music. She went on to act in the Broadway production of August: Osage County.

When she was just ten years old, she starred on Broadway in A Day in the Death of Joe Egg.

She appeared with actors Billy Crudup and Jeff Goldblum in a production of Martin McDonagh's play The Pillowman.

She provided voice acting work for the animated film Ice Age: The Meltdown.

Madeleine Martin Is A Member Of