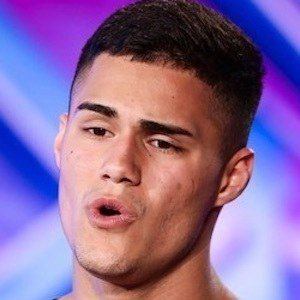 Singer known for his appearance on the British reality TV series The X Factor. Due to his serving in the Air Force at the time of the audition, he needed permission from the Pentagon to do so.

For his The X Factor audition, he sang "Hero" by Enrique Iglesias. He received a unanimous 4 yes votes to continue on.

He went on to sing "You and I" by One Direction and "I Want It That Way" by the Backstreet Boys during the Boot Camp phase.

He was born and raised in Orlando, Florida.

Judge Simon Cowell predicted he would be a fan favorite after his initial audition.

Charlie Martinez Is A Member Of