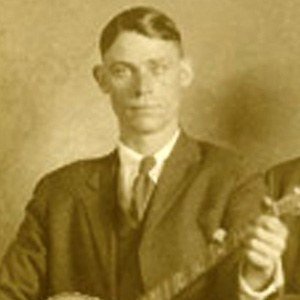 American country singer and banjo player who was the leader of the band the North Carolina Ramblers from 1925 to 1930.

He learned how to play banjo as a child and worked in many textile mills throughout his younger years.

His three-fingered playing technique on the banjo was due to a permanent arch in his right hand. The abnormality was a result of a baseball accident, which broke his thumb when he was a child.

His sister's husband, fiddler Posey Rorer, played with him in the band North Carolina Ramblers and he married Rorer's sister.

The cover art for his albums with the North Carolina Ramblers was created by Robert Crumb.

Charlie Poole Is A Member Of