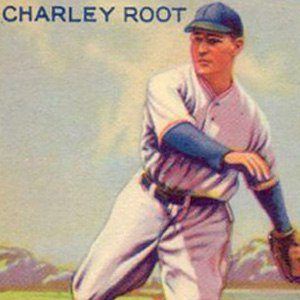 MLB player who became famous while pitching in the 1932 World Series when Babe Ruth allegedly 'called' a home run.

He started his career with the lowly St. Louis Browns in 1923.

He said that Babe Ruth never called his home run in the World Series in 1932, and said, 'If he pointed to the bleachers, I would have put one in his ear and knocked him on his ass.'

He had a daughter, Della, with his wife Dorothy.

He played for the Chicago Cubs for 16 years, the same team as Hall of Fame hitter Ernie Banks.

Charlie Root Is A Member Of