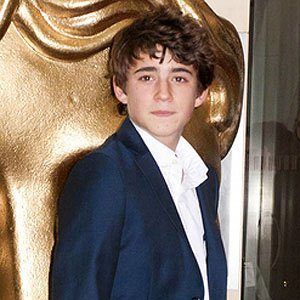 British film and television actor who played Peter in Neverland, young Tommy in the sci-fi film Never Let Me Go and Ricky in Walking with Dinosaurs 3D. He also portrays Leo Roth in the TV series Red Band Society and Ray Williams in film Rocketman.

He made his film debut in the 2007 movie, The Golden Compass.

He appeared in a 2006 episode of Jackanory.

He was born in the Islington district of London, England and raised by parents Sara and Chris Rowe.

He co-starred with Elle Fanning in the 2010 film, The Nutcracker in 3D.

Charlie Rowe Is A Member Of