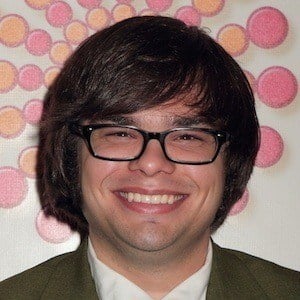 Actor who is famous for his recurring roles on a number of high-profile TV series, including Trollhunters as Toby and Hung as Damon Drecker. He has also appeared as Mitchell on the TV series Betas and Neal on Cooper Barrett's Guide to Surviving Life.

He earned his first on-screen acting credit in 1998. He appeared as Stephen in the film Pants on Fire.

He has guest starred on Hawaii Five-0, Silicon Valley, and Workaholics. He voiced Melvin in the 2006 video game Bully.

He was born and raised in Bristol, Pennsylvania.

He starred on Trollhunters alongside Anton Yelchin.

Trollhunters
3Below: Tales of Arcadia
Hung