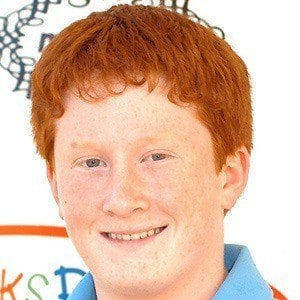 Former child actor best known for his role as Bob on the Disney series The Suite Life of Zack & Cody and The Suite Life on Deck. He previously had small roles in series such as The Drew Carey show, Malcolm in the Middle, and Gilmore Girls.

He was born in Las Vegas.

He played Bonnie Hunt's son on the TV show Life With Bonnie.

He is of Scottish, Irish, and Australian descent.

He appeared in a 2009 episode of the TV show How I Met Your Mother, starring Neil Patrick Harris.

Charlie Stewart Is A Member Of