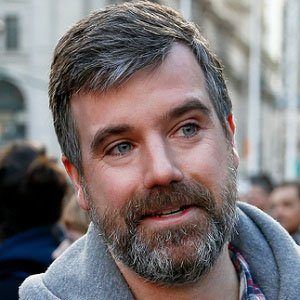 Comedian, writer and producer who is best known as the founder of Improv Everywhere, a prank collective meant to inspire fun and comedy anywhere and everywhere. The Improv Everywhere YouTube channel has more than 1.7 million subscribers. He has also been a regular performer for the Upright Citizens Brigade.

After drudging through a soulless temp job, he took a leap and impersonated musician Ben Folds at a bar for fun--and thus the idea behind Improv Everywhere was born.

He published the book Causing a Scene about Improv Everywhere and starred in the documentary We Cause Scenes.

Though a native of South Carolina, he spent much of his life in New York City. He married Cody Lindquist and the couple has a son.

Charlie Todd Is A Member Of