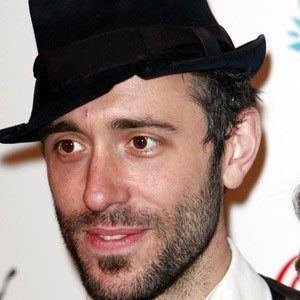 English born indie pop singer-songwriter whose song "She Went Quietly" was featured on an episode of Grey's Anatomy.

He began his career performing with the band Charlie Winston and the Oxymorons.

He has two siblings, Tom and Vashti, who are also musicians.

He is known to be a supporter of Peter Gabriel .

Charlie Winston Is A Member Of