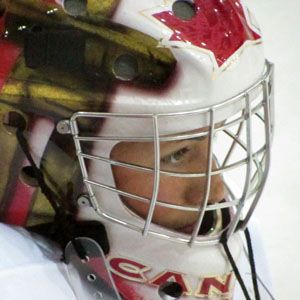 Professional women's hockey goaltender who earned gold medals representing Canada at the 2006, 2010 and 2014 Olympic Games. She is also known for her time with the CIS team McGill Martlets.

She was born in Greenfield Park, Quebec and first made a name for herself after taking home silver at the 1999 Canada Winter Games.

She won the award for Best Goalie at the IIHF World Women's Championships in 2009.

She has been in a relationship with speed skater Anastasia Bucsis.

She was teammates with Laura Fortino on the Canadian team which won the gold medal at the 2014 Olympic Games.

Charline Labonte Is A Member Of