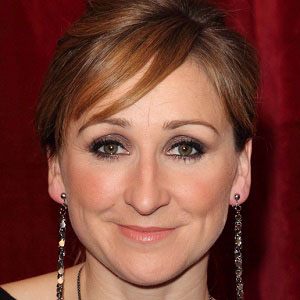 Famous for her more than decade-long portrayal of Laurel Dingle on the popular British soap opera Emmerdale, she won a 2008 TV Choice Award and was nominated for multiple British Soap Awards for her performance.

At the start of her career, she played the role of Sue in eleven episodes of EastEnders.

She portrayed Harriet Potter in the late 1990s crime drama The Broker's Man.

She married Mungo Denison in a very private ceremony in 2012. The couple has a daughter named Teddie and two sons named Sunnie and Herbie.

She appeared with Sean Gilder in a 1996 episode of The Bill.

Charlotte Bellamy Is A Member Of