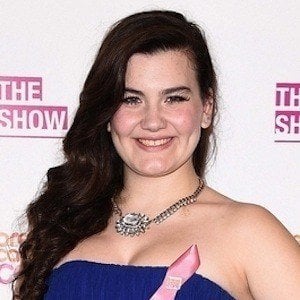 Singer who finished as the runner-up on the sixth season of Britain's Got Talent as one half of the classical vocal duo Jonathan and Charlotte. She released her solo debut album Solitaire (2014) after departing from the duo and being offered a record deal by Sony.

She graduated from West Hatch High School in Chigwell, England.

She performed "Nella Fantasia" with The International Salvation Army Band at Royal Albert Hall in 2015.

Her parents divorced when she was ten years old.

Jonathan Antoine was her bandmate in Jonathan and Charlotte.

Charlotte Jaconelli Is A Member Of