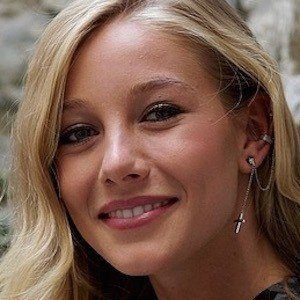 Television actress who gained international prominence after being on BBC's British and Spanish co-production Refugees. Since 2015 she has been starring as Lucia in the Antenna 3 series Velvet.

She attended an international school in Spain and thus spoke English at home and at school. Her first role was in the 2013 film Los Inocentes as Eva.

She was featured on the cover of Spain's March 2015 InStyle magazine. In 2017 she starred in American Assassin alongside Dylan O'Brien.

She was born in Madrid to British parents but raised in Sitges. She is fluent in English, Spanish, and Catalan. Her grandparents on her father's side were Spanish, from Andalucia.

She starred opposite British actress Natalia Tena in BBC's Refugees.

Charlotte Vega Is A Member Of