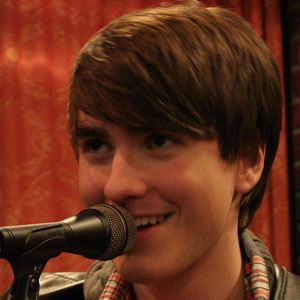 Singer and songwriter who gained fame posting covers to his self-titled YouTube channel. He released the album Youth on iTunes in June 2015.

The first song he ever released on iTunes was The Christmas Song in December 2009.

Born in Greenwood, Indiana, he lived in Nashville, Tennessee to pursue his music. He posted a photo of McKenzie Miller captioned with "My fiancée!!!" in August 2015.

He gained fame through social media like Andrea Russett .

Chase Coy Is A Member Of