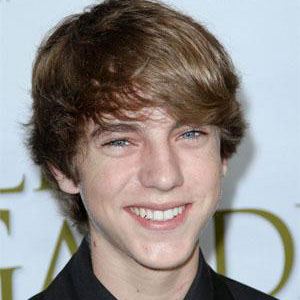 Former teen actor who became known for his roles in the 2004 film, Mysterious Skin and the 2012 film, Tooth Fairy. In 2011, he played Andy Nichol in That's What I Am.

He started his acting career doing television commercials at age 6. He made his debut as a guest star on Family Law. Afterwards, he appeared on Malcolm in the Middle and 7th Heaven.

He had his first recurring television role in 2005 on the daytime soap opera, The Young and the Restless.

He had a relationship with Martine Camila Braenna that began in 2010. He has a brother and a sister named Brooke.

He co-starred with Ed Harris in the 2011 independent comedy film, That's What I Am.