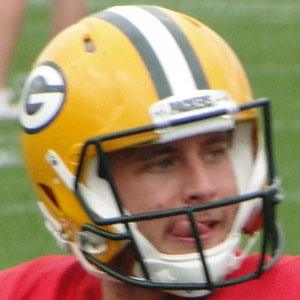 NFL quarterback who signed with the Green Bay Packers as a free agent in 2014. He was previously a four-year starter for the Boston College Eagles.

His younger brother, Hayden, has played quarterback at Rutgers University.

He became the backup to MVP Packers quarterback Aaron Rodgers in 2014.

Chase Rettig Is A Member Of