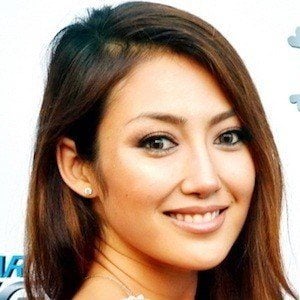 Television actress who earned her first major role portraying Tea in the HBO series The Newsroom. She then went on to play Rachel Ward in The Girl's Guide to Depravity.

After graduating high school, she began pursuing a career as a hairstylist and worked as a manager at a hair salon.

In 2015, she appeared as Ronara in the online Star Trek fan film Star Trek: Renegades.

Raised in Winnipeg, she is of Filipino descent.

She appeared on Aaron Sorkin's The Newsroom, a show starring Jeff Daniels and Emily Mortimer.

Chasty Rose Ballesteros Is A Member Of