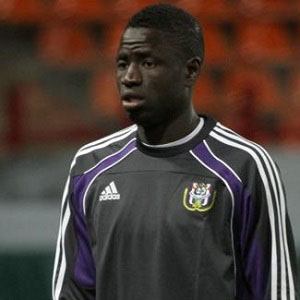 Senegalese midfielder who was called up to Senegal's first team in 2011 and has been chosen to play for his country at tournaments like the 2012 Summer Olympics and 2015 Africa Cup of Nations. He played for Anderlecht from 2008 to 2014, during which time he won four league titles, before making his Premiere League debut with West Ham United.

He began playing with his hometown club ASC Yego Dakar in 1996. He joined Brussels' youth system in 2006 and made his senior debut the following year.

His performance in a February 2015 match against Manchester United earned him Man of the Match honors and was eventually named West Ham's Individual Performance of the Season.

He was born in Dakar, Senegal. He began a relationship with Belgian model Fanny Neguesha.

He was teammates with Sadio Mane on Team Senegal at the 2012 Summer Olympics.

Cheikhou Kouyate Is A Member Of