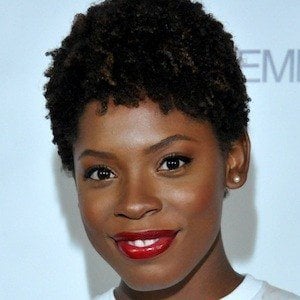 Best known for her recurring roles portraying Tamika Newsome on Just Jordan, Mel Bee in Time for Passion, and Belle in Stalker.

She earned her first television role in 2007 playing Gina in the Hannah Montana episode "My Boyfriend's Jackson and There's Gonna Be Trouble."

She made her film debut in the 2010 drama The Assignment.

Her boyfriend, Brandon Fuller, worked as a creative director at Mack Sennett Studios.

Cast mates Dylan McDermott and Maggie Q starred alongside her in the 2014 series Stalker.

Chelsea Harris Is A Member Of