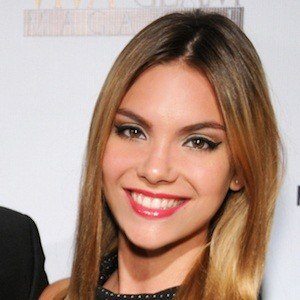 Model and actress who has been featured in the YouTube star Vitaly Zdorovetskiy's video in August 2014. She was also in several movies such as the horror movie Del Playa in 2015 and All About the Money in 2017.

She was on the cover of Steve Carlson's "Sharing The Covers" album cover.

She has an Instagram page for her dog Kanga Pancakes @kangapancakes.

She featured her little brother Hayden on Instagram in May 2016.

She posted a photo with Randy Jackson at the Doheny Room on Instagram in January 2017.

Chelsea Heath Is A Member Of