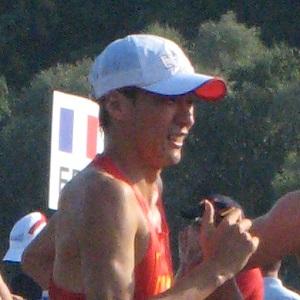 Summer Olympics gold medalist at the 2012 London Games in the 20 kilometer racewalk event. He set a new Olympic record that year with a time of 1:18:46.

He was a member of the Guangdong Province Athletic Team.

He made Chinese history when he became the first Chinese athlete to a win in the racewalk event.

He was born in Yunnan, a province in the People's Republic of China.

He won gold at the London Games just as American swimmer Michael Phelps did.

Chen Ding Is A Member Of