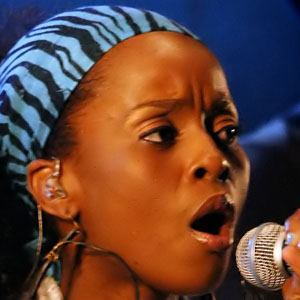 Jamaican singer known for her work in the reggae, dancehall, hip-hop, and R&B genres. Also an actress, she appeared in several Jamaican films of the late 1990s and early 2000s, including One Love and Dancehall Queen.

Early in her career, she was featured on the Chuck Fenda track "Coming Over," which became a # 1 hit on Jamaican music charts.

She toured with such famous American bands and musicians as Counting Crows, Augustana, and John Mayer.

She grew up in Kingston, Jamaica.

She was featured on All Rebel Rockers, a 2007 reggae album by Michael Franti & Spearhead.

Cherine Anderson Is A Member Of